So we’re doing this again. 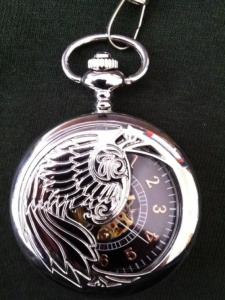 No, I love this stuff, seriously. My biggest problem is which character. I have sooooo many. Some of the most interesting haven’t been published yet, either.

Last time, I waxed philosophical about Matty. And I’ve done posts about Mina’s tropes before.

I wavered on who next to pick and decided on Rick. 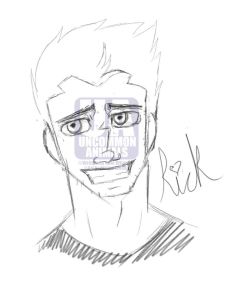 Especially since the Monsters of Pittsburgh: Omnibus Edition came out on Saturday and Rick got  a lot of screen time in this series.

While Mina and Matty tend to be the obvious favorites for the obvious reasons (Iron Woobies who won’t stay down, no matter how often or hard they are kicked. Not to mention that they get all the best lines.), Rick has a solid fan base among my betas as well.

For one thing, his physical model is Chris Evans, but that’s not the whole of it. Although we are going to get into the Chris Evans thing because it’s funny.

See,  the Rick in my head doesn’t look like that actor. Well, superficially, he does, but the Evans’s face isn’t Rick’s face, to me.

So, how did I end up with Evans? Well, it’s one of those multi-pronged events. It started with the fact that I couldn’t find a model who fit the picture in my head. So I asked my betas for pics of who they thought looked like Rick. I got four of Evans and three of Jensen Ackles.

For a while, Rick’s pinterest page held both actors. Then one night, I was trying to fix up Succubus. Rick just dragged. His scenes were boring.

So, as I do when I get stuck, I turned to my husband for help. He asked me to describe the character, not his looks, but who he is.

I got about ten minutes into my diatribe, and the husband held up his hand and said, “You created Steve Rogers, you know that, right?”

And while, yes, I agreed, I about died laughing. See, Jensen Ackles was also up for Captain America, but his filming schedule for Supernatural made it problematic.

So I owned it, and Rick became Chris Evans. Although, owned it may be too nice. I pretty much lampshade it:

“Is this seat taken?” The thick Irish accent came from full lips. A light dusting of freckles crossed her tan cheeks and her dark, skyward curls had streaks of auburn.

Rick shook his head and looked for Mina again.

He huffed a laugh. “My sister.”

She sat down with a smile. “And when did you two break up?”

Rick tried to return the smile, but his face felt stiff. “She’s my best friend’s sister, might as well be mine.”

She sat back and crossed her long legs. “So, who had the gall to break your heart?”

She took a sip of her drink. “Well, Captain USA, why else are you at a club, with a woman you can’t date, drinking alone?”

And then again in Humans:

Mina nodded to the bartender as he poured them each another round. “Maybe he has changed his mind, but I’m not sure I’m ready to date again.” She wasn’t sure she was ready to date Rick ever. “I mean, yeah, he’s literally the nicest person in the world—”

Somewhere a comic book is missing its hero.

But Rick is so much more than just a pretty face. He’s my Atoner. My guilt-ridden, formerly by the book Speaker, who regrets his past. He’s on a Redemption Quest that he acknowledges can never end.

Above all though, I wanted to make him a nice guy. Most of my characters are good, rarely are they nice. Which isn’t to say they run around kicking puppies and stealing candy, but they are snarky, sometimes morally gray, people who have jobs to do.

Rick is nice. Rick cares. Rick is desperately trying to make up for years of being an abusive Speaker, all the while certain that nothing he does will ever matter.

So basically, I have six feet and four inches of solid muscle, with a square jaw, expressive gray eyes, and perfect blond hair dying to be as nice as possible to everybody around him.

I just hope I did him justice. My biggest fear was making him a pushover. Which is not to say that Mina didn’t (and doesn’t) push him around. The difference (to me) is that Rick lets her.

When we get into his POV, we often get snarky or even bitter thoughts. He frequently wants to walk away or scream at people. He doesn’t.

One of my favorite demonstrations of this is in Humans, when a drunk Mina shows up at two in the morning:

“Why do you have to get drunk to talk to me?”

She stumbled over to his bed and sat. “I’m not good at talking. Matty talks, I act.”

Rick took a deep breath. “Then how about I help you down the stairs and you go tell Matty why you’re afraid to talk to me.”

She flashed to her feet and shoved a finger into his chest. “I am not scared.”

He buried his irritation. It was late, and she was trashed. “Really not trying to fight here, but I believe the phrase is ‘liquid courage’.”

She shook her head and stumbled a step to the side. “You… you’re…” She hiccuped and held her stomach.

Rick wrapped an arm around her shoulders and hurried her to the bathroom. He barely had time to pull her hair away from her mouth before she puked.

Part of him longed to point out that this was avoidable. The werewolf constitution wanted to purge the poison from her system. More importantly, she didn’t need to get drunk to talk to him. Her wretched heaving kept his mouth shut.

Long after she emptied her stomach, she retched and spit bile into the toilet. When she finally sat back, she panted with eyes screwed shut, and her mouth in a pained rictus.

Rick debated waking up Sam or Matty to deal with her, but it was late and he was already awake. He steadied her down the hall. However, the stairs proved to be too much, and it was easier just to carry her. She slipped her arms around his neck, burying her face in his chest with a moan that was all misery.

When he got back to the attic, she was sitting up with her head between her knees. He dumped out the water and crackers as he rushed to her feet, saving the carpet, but not her sweater. Bile streaked down her chest.

For a moment, he was tempted to leave her. Werewolves healed fast, and there was something oddly satisfying about the thought of the woman sleeping in her own filth after the month long game of hot and cold he had endured. She’d be fine by morning.

He stood and hauled her to her feet. “Where are your pajamas?”

He did his best to ignore the various undergarments as he found the green pajamas he knew she liked. It was hard with one hand. The other was firmly wrapped around her waist, keeping her on her feet.

Rick chooses to be a better person.

And to me, that’s always what made him so interesting. As one beta put it, he’s a cross between Chuck Norris and Mr. Rogers.

I really loved the description,and not just because Mr. Rogers was from Pittsburgh.

There’s something about a character who could rip your arms off and beat you to death with them, but actively chooses not to as he offers you some food and a shoulder to cry on. And Rick chooses to be that guy.

I’m not a big fan of characters that are too good for this sinful earth. The idea that some people are just genuinely good with no effort annoys me.

There is something to be said for the characters that work hard to be good though. There’s something compelling about watching someone choosing  to follow a difficult path without losing themselves.

Think about Captain America: The Winter Soldier. Steven Rogers isn’t naive. He isn’t surprised by the depth of human betrayal.

He is, however, disappointed.

Rick suffered something similar in life. He was told that werewolves had to be broken in order to keep humans safe. And he believed it, because the people who told him were his parents and mentors, people who he loved and believed in.

When he discovered the truth (That werewolves were not, in fact, blood craving monsters), he left his family, and set out to help the werewolves who had escaped. Because that was the right thing to do.

And for Rick, doing the right thing, doing the good thing, is all he has left. Helping Matty stay sane, making sure that both Matty and Mina know that he will never abandon them or turn on them, that’s his mission, that’s his life.

And yes, he is nice to everybody. Mina and Matty (and Sam!) will snap at people, they’ll show their irritation, Rick rarely does. He may be groaning and bitching in his head, but it’ll never show on his face or in his actions.

So yes, I love the big lug. He’s genuinely interesting to write. A nice person who isn’t boring or easy. Someone struggling to stay on the path that they chose for themselves.

So now that you sat through my ramblings, you should look at the other Pocket Watchers:

Hex has vignette on Gray.

Amelia interviewed the delightful Salil and his water witch, Vinny.

Sarah is giving us an excerpt from Jude.

Carmen decided to fill us in on the mysterious La Shaliyah.

And Jeanne has the lowdown on phoenix clans.