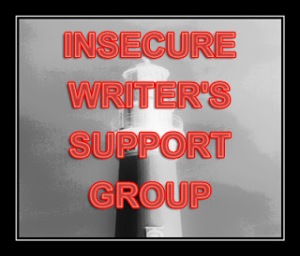 Check out the main IWSG blog!

As for me, I want to talk about reviews.

I’ve been self-publishing for over a year, and I’m just starting to get reviews.

Oh, I’ve had a few, friends and family who support my work, but strangers… yeah, there’s been a dearth. Which is another topic, all together.

But in the last two weeks, a book blogger has found my work, and began reviewing it. And so far, she likes it.

And it feels great.

But every time that I see I have a new review, my heart starts to pound, and I really debate if I should read it.

After, statistically speaking, people aren’t going to like it. Besides the usual coin flip that is art appreciation, I went out of my way to make a work that isn’t ‘normal’. A female, Hispanic, action girl, main character, and her supporting cast: her gay brother, an older man of mixed racial heritage, and then there’s white guy, who looks like the typical ‘alpha’ male, but is better known for his caring about people.

Add that to a narrative that doesn’t shy away from ingrained bigotry does to people (both the victims and the perpetrators), while still being funny and full of action.

All in all, it’s a recipe that even five or six years ago would have been seen as radical, and radically different. These days, it’s a little more acceptable, but I still remember one of my first critiques:  A man who considered himself fairly progressive (and whom I considered fairly progressive) being pleasantly shocked that women would be checking out an attractive man. He approved, but he was still shocked. (I love it! Two women checking out a guy. How the tables have turned.)

I know that backlash is inevitable, and might even help me sell a few books, but I still dread reading that first bad review.

Chelsea and the Open DoorMay 19, 2021
New stories every other Thursday
Follow Words That Burn Like Fire on WordPress.com