First off, there will be lots and lots of spoilers (and links to tvtropes.org!) about the show Naruto. Since the episodes originally aired in 2007, I don’t feel too bad about this, but I just wanted to give everybody a head’s up.

I’m rewatching earlier Naruto with my kids, my daughter specifically. I was about brought to my knees with how well done this particular arc is. For those not in the know, the five young men in the picture are novice ninjas tasked with ‘rescuing’ a comrade of theirs.

I use the word comrade, because the show makes a point of having the kid in the middle (Shikamaru) point out that Sasuke (the kid being rescued) isn’t a friend. He doesn’t really even like the guy, but he’s one of ‘us’, so rescuing him is all that matters.

The thing is, this is a team of.. well losers, mean kids, and misfits. And by the end of the story, you love them all.

My daughter is the perfect vehicle to watch this transformation. When Shikamaru is choosing his team, she groaned with every choice. From left to right, you have Kiba (a hot-tempered malcontent who argues just to argue), Choji (known for being overweight and lazy, chosen only because he’s Shikamaru’s best friend), Shikamaru himself (a lazy, but brilliant  misanthrope), Naruto (hyperactive overachiever who believes himself more skilled than he really is), and Neji (nearly killed one of the most sympathetic characters in the show the previous season and is also cruel to other Woobie and fan favorite, Rock Lee.)

They are not a group to inspire confidence, nor are they well liked by the audience when the story starts (well, minus Naruto and Shikamaru).

Outclassed by the enemy, one by one they fall. My daughter really didn’t like Choji, but by the end of his fight, she was cheering him on. At his ‘death’ she was near about in tears.

And so it goes. Neji… When he was chosen for the team, my daughter was equal parts excited and frustrated. Neji is a great fighter, but a character she hated. He then proves that he’s had a change of heart and it sticks. My daughter threw a pillow at the wall and screamed when he went down.

And so it goes through the arc, characters who you just hated continually prove themselves to be ultimately good guys. Then the Sand Ninjas show up. By this time, my daughter knew what to expect and did a happy dance. 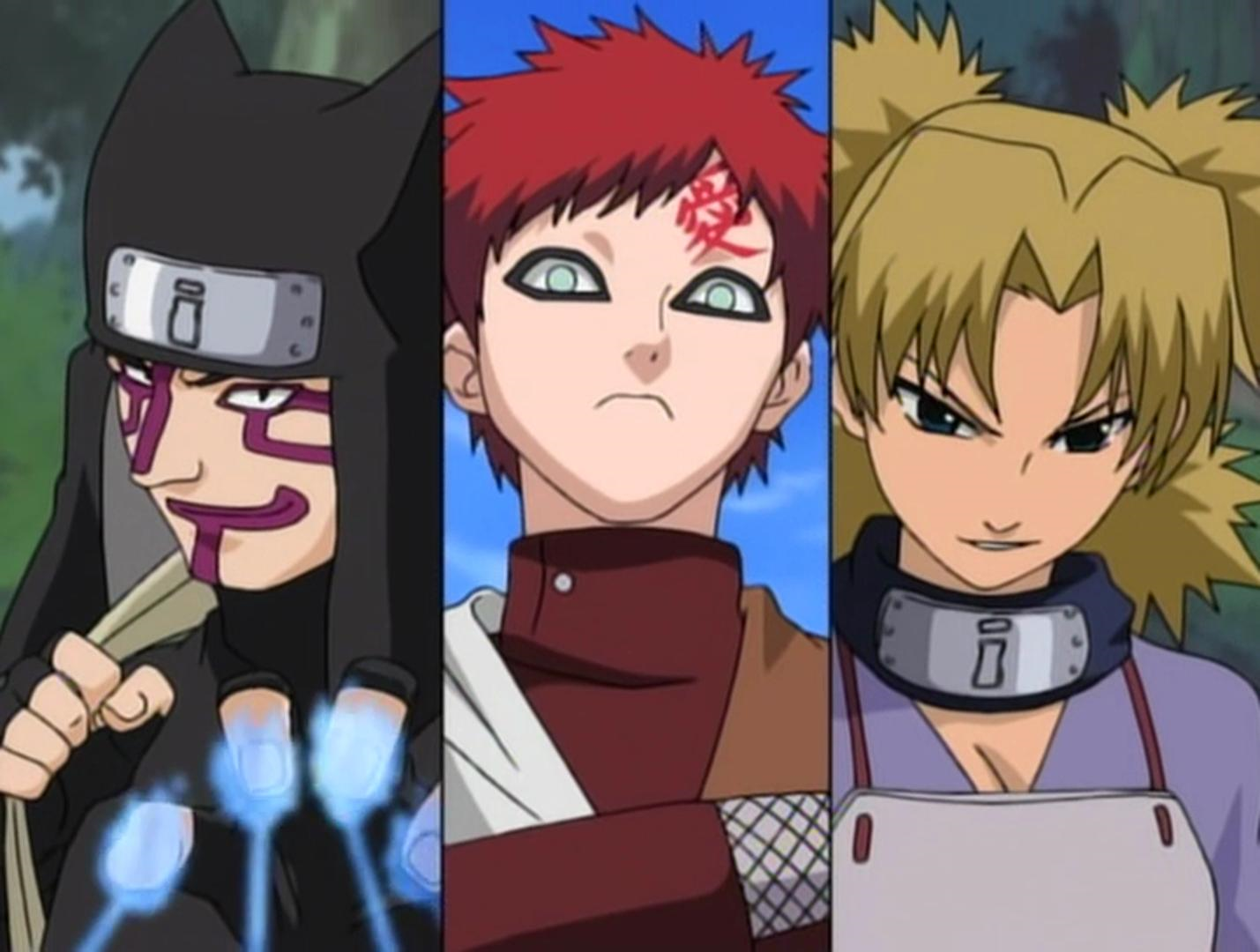 Sure enough, last season’s antagonists, prove to be heroes this season.

Which makes Sasuke’s (the guy all this fighting and suffer is over) betrayal just that much harder to take.

It’s utterly heartbreaking, and damn good storytelling. My daughter had to take frequent Naruto breaks, because she was just too excited or upset to go on (depending on the episode).

Why am I ranting about all of this? Because I have to do something similar for my novels. I have a character who isn’t the nicest guy, who played antagonist all through the first novel, and I have to show that, deep down, he’s really a great guy, who just made some mistakes. I can only hope that the final version is this good.