Oh yes, here we are again. Time to show off a bit. You can find the others in the hop here.

This week’s excerpt is from my upcoming release, Last Call: Cease.

The biting wind off the river blew through her wool coat. The second gust sucked all moisture from her exposed face. She blinked away her watering eyes, refusing to spoil her eye makeup.
The Trojan put an arm around her and drew her close. “Damn, it wasn’t this cold when I got in.”
“Snow’s coming. I can smell it.”
“I didn’t think you had any enhanced senses as a human.”
She rolled her eyes. “I don’t, but I am Canadian.”
Their laughter rolled down the red brick sidewalk towards the warm lights of the city’s best French restaurant.
As they got closer, a group of women hurried out the door, their gossip fogging the air around them as the walked past. “Did you see the woman two tables over? Her face was so full of Botox she looked like a robot.”
The Trojan spun Mina around so smoothly she didn’t stumble on her heels. “Why are we headed back to the car?”
“There’s a golem in that restaurant.”
“I don’t get days off, do I?” She shook away her disappointment. She had to organize her thoughts. “Okay, so golem are made out of clay, right?”
“Yeah, and most are fairly crude. Humanoid, not really human-looking. Best one I ever saw was actually a dog. Well, until Baltimore.” He hurried her across the street, and Mina mentally cursed her choice of footwear. Her toes were already tingling with cold, but barefoot would still be better if came down to a fight.
He picked up his thread, head constantly moving. “The golem there were very human-looking. So human that they register as ‘kinda creepy’.”
“Any idea how this one knew to wait at this restaurant, tonight?”
He sighed. “I might have confirmed the reservations in front of one.”
She wanted to stay calm. She settled for a flat monotone. “What?”
“I killed it immediately, or I thought I did.”
“Did you burn the paper in its head?”
“I thought mashing it to bits would have sufficed.”
“Well, obviously it didn’t.” She rolled her eyes. She’d never fought golem, but she knew the basics. A witch crafted a figure, and made a symbol on a piece of paper. Once the paper was inserted in the head, the golem made a solid, if stupid automaton.
“Yeah, and now it or a buddy is out for revenge.”
She held back an exasperated sigh. “Their maker, you mean. Golem need comman—”
“Shhh.” His low voice was nearly lost in the sound of their feet on the cold bricks. “We’re being followed, and by something heavy.”
“Golem?”
“Golem.” His arm tightened around her. “I don’t want to buy you a new car, so brace yourself.” He lifted her off the ground, and took off into the night. He’d shown his speed before, out-running her as a wolf. But this showed more than she’d imagined. The already biting wind turned sharp. Tears formed and froze to her cheeks before they could fall. She pressed her face against his chest. When the sensation of speed stopped, they stood outside a padlocked door in a dark alley.
“Did Sam teach you how to use those earrings?” His voice didn’t hitch even a little.
She wiggled out of his arms, numb fingers reaching for her ears. “It would be a useless gift without lessons.” The door contained a simple lock that she had open in moments. They darted inside. The dusty storage room held cement road blocks and bright orange cones.
The Trojan hurried over to a stack of barriers. Mina watched, her jaw dropping, as he moved the smaller cement blocks over to the door. They had to be at least three hundred pounds of concrete, but he slung them about as if they were weightless.
“What are you?” The question dropped out of her mouth.
His head jerked up, eyes wild. “Mina— I—”
She waved a hand. Even if they had time for his excuses, she didn’t want to hear them. She wanted real answers. “I’ll call the others.” 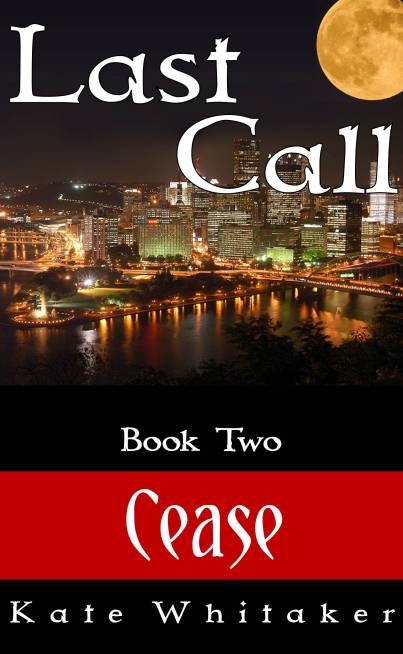