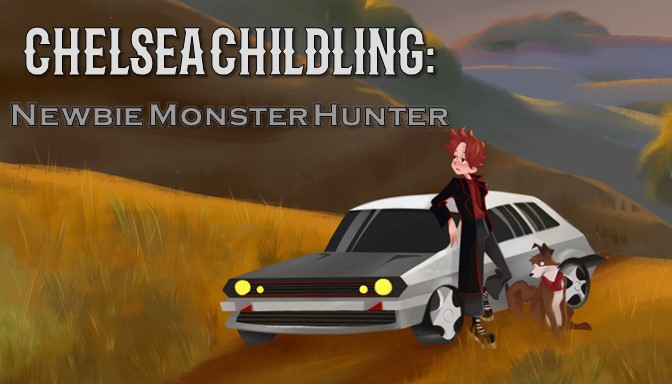 And a little musical accompaniment for the read.

The light drizzle went unnoticed in her annoyance as she cleaned out her trunk. “Mary, Jesus, and Joseph. There’s mildew in my shoe.” Chelsea sniffed at her spare sneaker. “Okay, Bent. Unless a cool monster comes up, we’re taking off. The damp is killing me.”

The dog whuffed from behind, sounding more preoccupied with whatever animal had pissed on the towering pine trees the night before.

A whimper was all the warning she got before the huge mutt rammed into her legs. She laughed as she caught her balance.

“I’m not mad at you.” She scratched at his ears. “Just not digging mildew.” Thick cream paper caught her attention among the clutter in her trunk. “Oh, shit.” A sketch pad sported black and green spots. “Fuck.”

She didn’t sketch much these days, but that didn’t mean she wanted to lose anything either. Chelsea leaned on her car, flipping through the pages. The first few drew a wince. Proportions were off, as was the shading. Then came a familiar profile. Jackson Hawk. To her surprise, no bitterness welled up no matter how eagerly she flipped the past him. Jackson and Amber. Together and separate. A three quarter view of Amber frowning paused Chelsea for a full minute. And then nothing. The last third of the book sat empty.

The blank pages loomed. Her life hadn’t ended after Amber anymore than it had after Jackson. Shit, she’d dated Alex between them. So why this cut-off emptiness regarding the two of them?

The sketchbook clattered when she tossed it back in the trunk with a sigh. “I’m over thinking again, Bent.”

He yipped and Chelsea laughed. “You don’t have to agree so quickly.” She slammed the trunk shut. “Let’s go do something fun.”

The road glowed green and gold as the lazy afternoon sun poured out of an opening the clouds into the forest. She followed the seagulls past a lake to the open salt water.

This small town was like the one down the road. Cutesy ocean-themed names and lots of wonderful coffee but terrible food. She sat watching a single sail boat head out, her hair dropping in her eyes.

She brushed it over her ear. The hunk flopped out immediately, blocking her vision once more. Chelsea sighed again as Bentley snuffled around. The lapping waters no longer seemed soothing. Now it invaded her ears, disrupting her brain. All her thoughts felt doughy, uncooked and underdeveloped.

Gold paint glinted off to her right. A sign, a sun peeking around a mountain. Ray of Sun Hair Salon.

“Come on, Bentley.” Chelsea stopped by her car, grabbed a leash and a sign on a rope. She had no doubts that he’d stay put, but a huge, unleashed dog made people nervous. A leashed beast with a laminated note, ‘I’m waiting for my owner and love pets’, got smiles and pictures as well as attention. And it meant Chelsea could see him where ever she went.

The Ray of Sun Hair Salon sat empty. The stylist, an older woman with waist length hair and jeans offered her a cup of coffee. Chelsea declined it, really looking at herself in the mirror for the first time in months.

She remembered the art student, the failed debutante. That Chelsea had worn lots of black, but a designer black. Second-hand finds mixed with her mama’s high fashion cast offs. And the shoes…

That woman had an asymmetrical haircut from a student hairdresser. Her natural orange hair dyed an unnatural red.

The woman in the mirror still favored black, but it was muddy and moldy black. The black cargo pants blended into the tops of her splattered boots. Only the leather duster with its fringe was clean. Chelsea had brought it in the Dakotas and she didn’t take chances with it.

She pulled off the over-sized black beanie. Her hair flopped out. The unnatural red now topped with coppery orange. Her fashionable asymmetry hung ragged and limp over her ears and to her chin, and nearly to her shoulders in the back.

She swallowed. “How do we fix this?”

The woman shrugged, a rueful smile on her face. “Well, we can always just shave it all off. It’s only hair. It grows back.” She laughed and bustled Chelsea into the single chair. “Let me guess? Nasty break up?”

The woman ran her fingers through Chelsea’s hair. “Well, the good news is that whoever did the original cut knew what they were doing. The bad news is that they used a razor comb. It’ll take forever to grow out all these layers.” She smiled at Chelsea in the mirror. “I bet it looked great. I’m Eileen, by the way.”

“It did.” She had loved it. So had Mama. Daddy had rolled his eyes, but smiled. “And hi, Eileen. I’m Chelsea.”

“I’ve never done something like this. If you want me to try…”

“Practical?” The woman shrugged. “What’s practical when it comes to hair? Other than shaving it off.” She waved a hand at the mirror. “You don’t strike me as practical.”

A smile spread across Chelsea’s face. She had left school to hunt monsters. She lived out of her car with her huge, mutt of a dog, when she was stupid rich. “Good point.”

Eileen studied her a moment more. “What if we shorten the front into a pixie? And I’ll even up the sides and the back. A little product and you don’t even have to think about styling it. Bedhead is a look.”

Chelsea nodded. “And I want it red.”

“You sure? That orange is so pretty.”

Two hours later, Chelsea smiled at the pale woman in the mirror. The bright red washed out her skin and brightened the blue of her eyes. She tipped Eileen well, and collected Bentley.

She popped her trunk, pulled out a garbage bag and went through the detritus. Most of her heavy sweaters went in as well as some art supplies. She’s leave those at the donation box on her way out of town. The sketchbook she tossed in the front seat of the car as she and Bentley headed up the coast.

As night fell, she followed the signs to the nearest campsite. She bought a cord of wood from the same roadside stand as the squash for dinner.

Once she had them rolled in foil and roasting in the coals, she pulled out the sketch pad. The lines of Bentley’s face spread across the smooth paper.

Chelsea poked at her dinner. Still a little tough, but almost ready. She leaned back on her hands. The stars gently lit a black sky, but the clouds were on the edges.

They’ll come, then they’ll go. They might always come back, but you learn to live with the dark times.

Bentley snuggled up beside her. She scratched at his neck. “Jagger was right, Bent. Sometimes we really do get what we need.”